By CCN Markets: Coinbase is expanding its crypto debit card into six more European countries on Wednesday. After launching in the UK in April, the company saw “extremely strong take-up” for the card, and “blew past” the initial target of 1,000 cards.

The Coinbase Card will now roll out in Germany, Spain, France, Italy, Netherlands, and the Republic of Ireland. On its blog, Coinbase explained:

“Coinbase Card lets anyone with a Coinbase account in a supported country spend their crypto instantly worldwide. Since launching in the UK, Coinbase Card users have been spending their crypto as easily as the money in their bank accounts.”

The Coinbase Card gives users a way to spend cryptocurrencies like bitcoin, etheruem, and litecoin online and at brick-and-mortar retailers. It’s powered by Visa, so the card is accepted almost everywhere in the UK and participating EU countries.

Users link the card directly to their Coinbase wallet and payment is made directly from the account. That differentiates it from other crypto cards which typically require users to pre-load the card with bitcoin.

It’s the first small step towards consumer adoption of bitcoin payments. However, the card doesn’t pay the retailer with crypto directly. Instead it converts bitcoin to either sterling or euros to make the payment. Coinbase takes a flat fee for the conversion.

Got my #coinbasecard ! Sooo excited to try it out 😋 pic.twitter.com/aVkhZzyVcd

The Coinbase Card will certainly help increase awareness of crypto payments. And early users are impressed by the user experience.

Author and crypto advisor Sam Volkering said it was:

Used my @CoinbaseCard today to buy some sushi 🍣 at @ItsuOfficial paying in $ETH. It was by far the best/easiest UX I’ve had for any #crypto payment card. Haters gunna hate but the experience is how it should be for real mass market adoption. Bravo @coinbase 👏👏👏

Another UK Coinbase user said he’d rather pay with bitcoin directly, but was still impressed with the experience:

“I’d prefer to spend #btc direct of course but this is the first card I’ve used that does a seamless real time conversion direct from #btc balance at the point of sale rather than having to be preloaded.”

Have to say, credit where credit is due, quite impressed with @CoinbaseCard

I’d prefer to spend #btc direct of course but this is the first card I’ve used that does a seamless real time conversion direct from #btc balance at the point of sale rather than having to be preloaded.

Crypto payments are still a tiny part of the ecosystem

Despite the excitement, there’s a long way to go before crypto payments become mainstream. As CCN reported, only 1.3 percent of bitcoin transactions came from merchants.

“That means almost no one is using bitcoin to buy things. The bitcoin economy is still mostly about speculation, not a global payments system.”

Coinbase and rival Gemini are both racing to compete in the fledgling crypto payments arena. Gemini recently teamed up with Flexa to launch Spedn, an app that powers retail crypto payments.

A US rollout of the Coinbase Card is expected to follow. 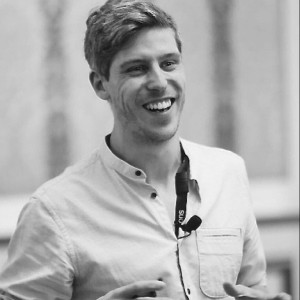