By CCN Markets: Zcoin (XZC) gained 85% over the past 48 hours as cryptocurrency traders speculated on the build-up to the launch of Sigma – a technical upgrade on the Zerocoin privacy protocol.

Created in 2013 by a Johns Hopkins University professor, the Zerocoin protocol influenced an entire generation of privacy coins. Those include well-known cryptocurrencies like Zcash (ZEC), PivX (PIVX), and up until now, Zcoin.

From Monday’s low of $7.67, the value of XZC soared to $14.19 by Wednesday afternoon, marking 85% gains over 48 hours. The majority of that growth came in the past day, as a rapid 48% surge coincided with the official release of Sigma.

The Zcoin cryptocurrency soared as much as 85% in just 48 hours. | Source: TradingView

The build-up wasn’t exactly sudden for Zcoin, with 117% growth being recorded in the past week alone. CoinMarketCal – a website which collects data on upcoming blockchain calendar events, listed the Sigma release as imminent. However, according to a community poll, just two-thirds of voters expected it to go ahead on the proposed June 11th launch date.

The first uploads to GitHub were made late on Tuesday night, and by Wednesday the Zcoin team posted the following tweet. The main trading hub for XZC coins on the day was Binance – where $8.6 million of the day’s $23 million turnover originated.

What Is Sigma and What Does It Replace?

According to Zcoin’s own team, the Zerocoin protocol it had used up until now suffered from being a “trusted setup.” As per this recent blog post, Zcoin’s architecture was such that the prospect of catastrophe was extremely low – but present nonetheless.

“Although this (Zerocoin) is a decent implementation with a low chance of it being compromised, we believe the whole purpose of blockchain is to build systems that do not require trust, and that same principle applies to our privacy system as well.”

Apparently, Zcoin’s release in 2016 was postponed as founder Poramin Insom tried to address the problem then, and failed. The academic source for Sigma is One-Out-Of-Many-Proofs: Or How to Leak a Secret and Spend a Coin (Jens Groth and Markulf Kohlweiss) – a University College London research paper.

The update also reduces the transaction proof size from 25kB to 1.5kB. This has the benefit of clearing space for more private transactions in each block, and reducing costs in general.

Although the Zerocoin protocol influenced well-known privacy cryptocurrency Zcash, the zk-SNARKs used by ZEC come from a modification of Zerocoin, known as the Zerocash protocol.

Onwards and Upwards For This Privacy-Centric Cryptocurrency Zcoin plans to continue to build on its privacy protocol, beginning with an upcoming update called Lelantus. | Source: Shutterstock

Yet as newsworthy as Sigma’s launch appears to have been for market speculators, the best could still be to come. According to the blog post linked above, Sigma is merely a precursor to the next major upgrade – Lelantus, which:

“…builds on Sigma and greatly expands its functionality and privacy features by removing the need for fixed denominations in minting and spending.”

The founder and CEO of Binance recently suggested India’s hardline stance on crypto holders could drive the masses towards privacy-focused coins instead. With Monero, Zcoin, Zcash, and even the memorably named Pirate Chain (ARRR) all offering distinct variations on privacy protocols, there’ll be plenty to choose from if that happens.

Disclaimer: This article is intended for informational purposes only and should not be taken as investment advice. 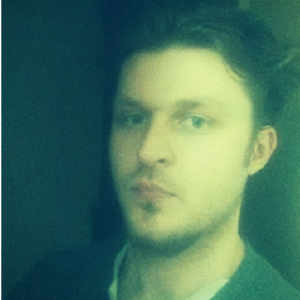 Greg Thomson is a freelance journalist covering the cryptocurrency and blockchain beat. He contributed to numerous crypto news outlets before joining CCN and Hacked in 2018.Reach him directly [email protected], or Tweet at @gregthomson88.

Twitter Hack Proves Bitcoin Is Still Only Good for One Thing: Crime