Mariah Carey is a diva. This is a fact that she relishes in — and is a huge part of the persona that made her a success.

But that didn’t give Ellen DeGeneres the right to mistreat her.

In 2008, Carey went on DeGeneres’ show, during which her then-secret pregnancy was “outed” by the embattled talk show host.

That pregnancy was later lost to a miscarriage.

How can anyone defend, or otherwise excuse, that behavior?

Mariah Carey Is Not A Fan Of Ellen DeGeneres

During the interview — a clip of which you can see below — Ellen DeGeneres demanded that Mariah Carey respond to rumors that she was expecting a child with then-husband Nick Cannon. 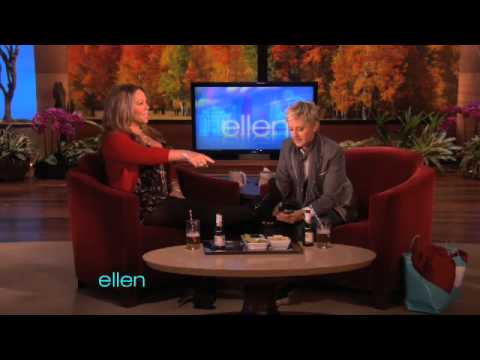 Carey, looking visibly uncomfortable, tried to laugh it off and change the subject, but DeGeneres cruelly — and with a clearly evil grin on her face — refused to back down, putting a glass of champagne in Carey’s hand to “prove” she was pregnant. When Carey faked taking a sip, Ellen DeGeneres declared, “you’re pregnant!”

In 2010, Carey would reveal that she was pregnant at the time of the interview, but lost the baby shortly thereafter due to a miscarriage.

I’m sorry, but how can anyone defend this absolute insanity?

A Woman’s Pregnancy Is Nobody’s Business

No woman is under any obligation to disclose her pregnancy to anyone but the father of her child (especially if it’s a high-risk one, or it’s early in the pregnancy when women are most likely to suffer a miscarriage).

To suggest that Mariah Carey was not only required to disclose her pregnancy to Ellen DeGeneres but to share the most intimate and personal details of her pregnancy journey that included a miscarriage lest she be seen as “publicity hungry” is so beyond the pale that it defies words.

And in case you’re wondering, not only did Mariah Carey feel “uncomfortable” about the whole thing, but she showed more grace than DeGeneres deserves:

I was extremely uncomfortable with that moment is all I can say. And I really have had a hard time grappling with the aftermath. I don’t want to throw anyone that’s already being thrown under any proverbial bus, but I didn’t enjoy that moment. [There is] an empathy that can be applied to those moments that I would have liked to have been implemented.

Ellen DeGeneres should have been canceled at that very moment. It is absolutely disgraceful that she wasn’t.