Prince Harry Misses His Family But Does Meghan Markle Care?

During the pandemic, everything ground to a standstill, and that was as true for Prince Harry as it was anyone else.

Family visits were no longer on the agenda, and we all had to live within the parameters of the government’s lockdown regulations.

Things have changed, though, and while there’s still an element of caution, people are rejoicing at once again able to meet with family and friends.

Well, everyone except Prince Harry.

As an example, Balmoral has always been a special place for the royal family. 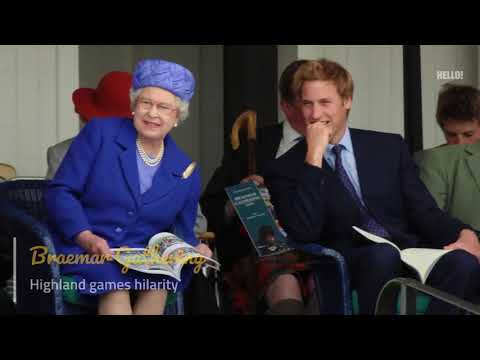 As things return to some semblance of normal, Prince Harry is realizing how far from normal his circumstances are

For those fans of Meghan Markle and Prince Harry who believe that royal life begins and ends with their idols, the annual trip to Balmoral in Scotland is a big deal for the royal family.

It’s an even bigger deal of late considering the advancing age of both the Queen and Prince Philip, which is likely why Prince Harry is reportedly upset at being unable to make the trip.

Things were probably easier in lockdown for Harry, as he won’t have felt he was missing out. Everyone was locked down, after all. There was no opportunity to visit with his grandparents as they were isolated and avoiding contact with others due to the pandemic.

But things are changing, and Prince Harry is beginning to notice.

Skipping out on the trip to Scotland is becoming more of a trend than a one-off with Prince Harry. He missed out last year as well, with both Harry and Meghan Markle claiming Archie was too young to travel.

That didn’t stop Meghan from making the trip to New York for the US Open, of course.

Prince Harry isn’t stupid. He must know that his grandparents, at 94 and 99 years old, aren’t going to be around forever.

Even his father isn’t a young man at 71 years old.

Every family get-together is potentially the last time the family will be together in such numbers, and now he’ll have missed out on the previous two events.

Prince Harry may be upset, but Meghan Markle doesn’t care

While Prince Harry is reportedly upset over his inability to attend the royal get-together, his wife Meghan Markle couldn’t care less.

A source describes her as believing:

[She] doesn’t feel like she’s missing out. She’s been too busy decorating their new Montecito mansion.

Of course, Meghan will feel this way. She’s got what she wants. Meghan is too pre-occupied with spending Prince Harry’s money decorating the mansion in Santa Barbara that she didn’t pay for.

It’s worth remembering that Meghan Markle comes from a highly dysfunctional family herself. So it comes as no surprise that she wouldn’t care that her son gets the chance to spend time with his great-grandparents and grandfather, or that her husband sees his aging father and grandparents.

If Harry had a set of b*lls, he’d put his foot down and say enough is enough. He would take Archie and go to the family event regardless of what Meghan Markle had to say on the matter.

The only question left to answer is when Harry will realize this?