3 Reasons Why Warren Buffett Is Betting Against U.S. & Longing Asia

Berkshire Hathaway and Warren Buffett’s message has been clear. They lack faith in the U.S. financial market in the short term and have offset the risk with a gold position. Now, Buffett is jumping into the Japanese market.

Over the past 12 months, Berkshire bought a 5% stake in five Japanese trading firms. The five firms on the Tokyo Stock Exchange are Itochu Corp, Marubeni Corp, Mitsubishi Corp, Sumitomo Corp, and Mitsui & Co.

In March 2011, Buffett reportedly said that he believes long-term fixed-dollar investments are subpar:

Consequently, in August, Buffett built up a gold position for the first time in Berkshire Hathaway’s history.

Buffett’s position in Barrick Gold and the trimming of U.S. banking stocks shows his skepticism over the short term.

Reason #2: Japan Is Coming Off a Big Economic Slump

Japan has been mired in an economic slump long before the pandemic.

In December 2019, Reuters reported that Japanese business productivity dropped to a seven-year low.

At the time, NLI Research Institute said Japanese automakers are facing headwinds because of a declining global economy.

When the pandemic emerged, Japan’s economy crashed, with reports indicating the worst slump in the postwar period.

Buffett might have found a sharp decline in Japan’s economy as a compelling entry point. The companies Buffett bought are technically called “trading firms” but, in reality, are cash cows.

Japanese trading firms are involved in virtually every aspect of the economy, including metals, food distribution, and textile manufacturing.

Buffett’s entry into the Japanese market buoys investor confidence. Watch the video below: 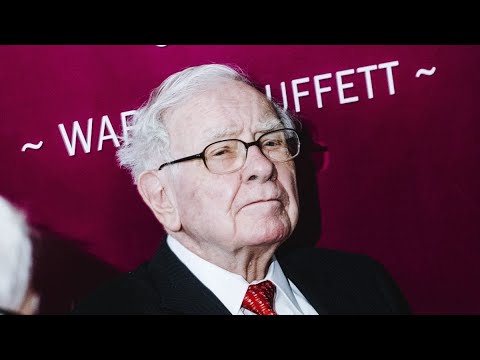 Even as businesses struggle and global dividends fall to 2009 levels, Japanese trading firms remain attractive. While the investment fits Buffett and Berkshire’s portfolio, the timing of the deals is intriguing.

It might be entirely coincidental, but Buffett’s exposure to Japanese markets follows the Fed’s major announcement.

Under Abe’s leadership, Japan has been involved in several trade conflicts, most notably with South Korea.

Although slim, the chances that Abe’s resignation resets political relations between Japan and other Asian countries exist.

Disclaimer: The opinions expressed in this article do not necessarily reflect the views of CCN.com and should not be considered investment or trading advice from CCN.com.