The future of the Houston Texans lies in the capable hands of Deshaun Watson. What success the Texans have in the years to come will be because of their dynamic, young quarterback.

This, of course, makes signing him to a contract extension essential to the team’s future. With the extension Patrick Mahomes signed recently, Watson is not going to come cheap. Experts estimate his average annual salary should come in at around $40-42 million.

With what he has shown on the field, there’s no doubt that he’s worth it. According to head coach/general manager Bill O’Brien, the team and Watson are trying hard to get a deal done (via the Houston Chronicle):

I don’t really want to get into specific contract talks, but quite obviously we want Deshaun Watson to be here for a long time. He’s had a great training camp. He’s a great player. We’re going to work hard to get that done.

However, with some of the roster moves O’Brien has made, it’s hard to take anything he says seriously. Signing Watson will be great for the team, of course. But doing so will probably not save the Texans from O’Brien.

One Questionable Decision After Another

The most recent big move made O’Brien may be his worst. As the story goes, DeAndre Hopkins wanted more money. But rather than pay the best wide receiver in the NFL what he’s worth, O’Brien traded him. Now, had he gotten something of value in return, he could be forgiven—but he didn’t.

He got the oft-injured, over-paid David Johnson. His justification for the trade was far from convincing: 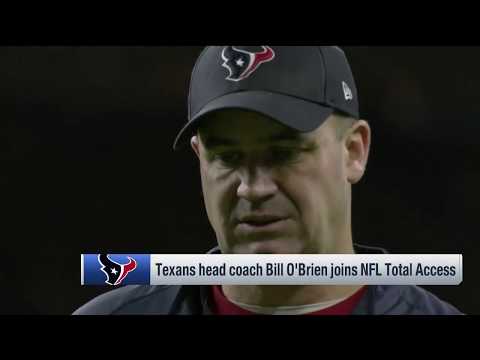 That move came on the heels of a few real doozies from last year:

In case those moves weren’t bad enough, after a year in which Tunsil was the most penalized player in the NFL, O’Brien made him the highest-paid offensive lineman in NFL history. During a recent press conference, he said (with a straight face) the moves were in the team’s best interest.

Look, I think that was a day where we made some moves that we felt were in the best interest of the team, not only last year but moving into the future…

Really? How? The team performed about the same.

Deshaun Watson is an incredible, dynamic, and talented player. However, as good as he is, he can’t save the Texans from O’Brien.

Why not? Because even the best players need help. With O’Brien giving away early-round draft picks like candy on Halloween, the Texans will have a hard time filling spots with rookies playing on inexpensive rookie contracts.

If Watson is expected to lead the team to postseason glory at any point in the future, he will need help. But without high-round draft picks or cap space, it is hard to see where that help will come from.