The Financial Times report published Friday passed along interesting revelations by anonymous sources. They say SoftBank bought so many bullish call options linked to certain tech stocks that it made a whale-sized splash of record trading volumes for contracts to buy them.

The Times article claims dramatically that the “Nasdaq whale” behind the recent tech stock melt-up has been “unmasked.” 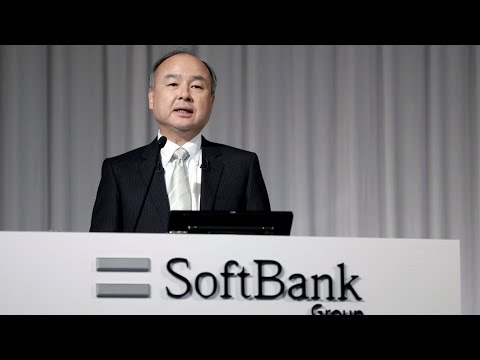 SoftBank stock fell Monday because investors are worried that its long position in tech stocks may be in peril after the Nasdaq Composite wobbled last week. With markets open, SoftBank shares fell as much as 5.7%–the worst intraday decline since April.

SoftBank was riding the Nasdaq wave like a mutual fund. The market is falling now, and investors have zero visibility, so they are selling SoftBank stocks.

Investors swiftly punishing a company for taking a massive long position in tech with call options reveals they think Nasdaq stocks are toxic at the moment.

On Sunday, a detailed Twitter explainer by Benn Eifert cast doubt on the theory. The chief investment officer of hedge fund QVR Advisors shared a pile of evidence pointing to the negligible effect of SoftBank’s recent call-buying spree on the Nasdaq level.

If we assume “past few months” is six months, SoftBank’s purchases in this market could account for as little as 1.6% of the retail crowd’s purchase volume. And the retail market’s demand for options is also a fraction of the entire market.

These transactions themselves did not represent meaningful buying pressure.

It’s strange for the Times, the Wall Street Journal, and ZeroHedge to scapegoat SoftBank as the cause of overbought Nasdaq stocks. It’s hardly been the only bull for tech stocks this summer.

The entire options market itself is dwarfed by the volume of liquidity pouring out of the world’s central banks. Quantitative easing and stock melt-ups go hand in hand; that’s textbook finance. If overbought equities correct sharply, point the finger at the Federal Reserve.

Disclaimer: This article represents the author’s opinion and should not be considered investment or trading advice from CCN.com. Unless otherwise noted, the author has no position in any of the securities mentioned.