The Duchess of Sussex popped in on the latest episode of “America’s Got Talent” to show support for a singer named Archie Williams.

Markle said she was a huge fan of both the show and Williams — and her calling in to show love proves she’s got a true “human touch.”

But Williams also has a backstory that’s worthy of consideration:

At his first audition, Archie told how he had spent 36 years in prison after being wrongly convicted of rape and attempted murder at the age of 22.

The Duchess of Sussex was reportedly “compelled” by his story, which is why she felt compelled to record a message in support of the fan-favorite contestant on “America’s Got Talent.” 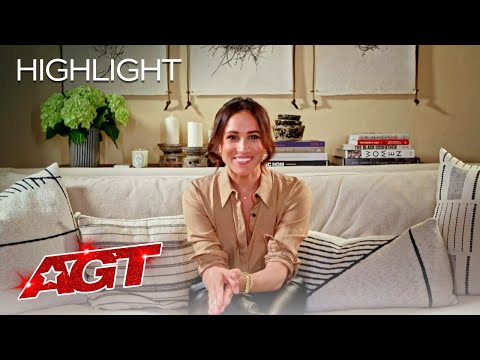 Once again, this proves that Meghan Markle has a “leg up” on her royal counterparts.

She Is The True ‘People’s Duchess’

Whether royals want to admit it or not — and more often than not, they don’t — they’re supposed to be leading

, not just the lords and the ladies and the various minor nobility

Isn’t it time Meghan Markle gets plaudits for this?

Meghan Markle realizes, perhaps better than anyone, that her role is not about throwing lavish parties. The press goes “ooh” and “ahh” about all the royals and celebrities in attendance — as Carole Middleton, mother of the Duchess of Cambridge, became infamous for doing as she maneuvered her daughter into royal circles.

Her role is about serving people — and, specifically, uplifting the downtrodden and the underdog. Archie Williams certainly qualifies as that.

And no matter how many people attack her for doing what other Duchesses refuse to do — or how many buffoonish sentences Donald Trump can utter against her in an attempt to take the spotlight off of him and all his failings as a president — Meghan Markle continues to hold her head high and show the world what true class looks like.

Royalty isn’t about who wears the crown. It’s who acts like a true lady.

Princess Diana would be proud.